Using the logo design process, a logo for Pro Te, a new, multi-industry business focusing on the consumer was created. Pro Te is latin meaning “for you,” and a visual representing this commitment is desired.

Initially going for a logo with more specific visual imagery such as a globe, the client took interest into the minimal and negative space logo trends. Exploring this design style allowed us to create a logo that would be appropriate for the wide range of industries the business would be a part of including shipping and e-commerce. The P of “Pro” standing tall in a light shade of green with the “T” of “Te” as the P’s shadow at an angle in a medium gray hue. The company name is presented in the same Arno Pro Font in an off-black shade with the slogan below. 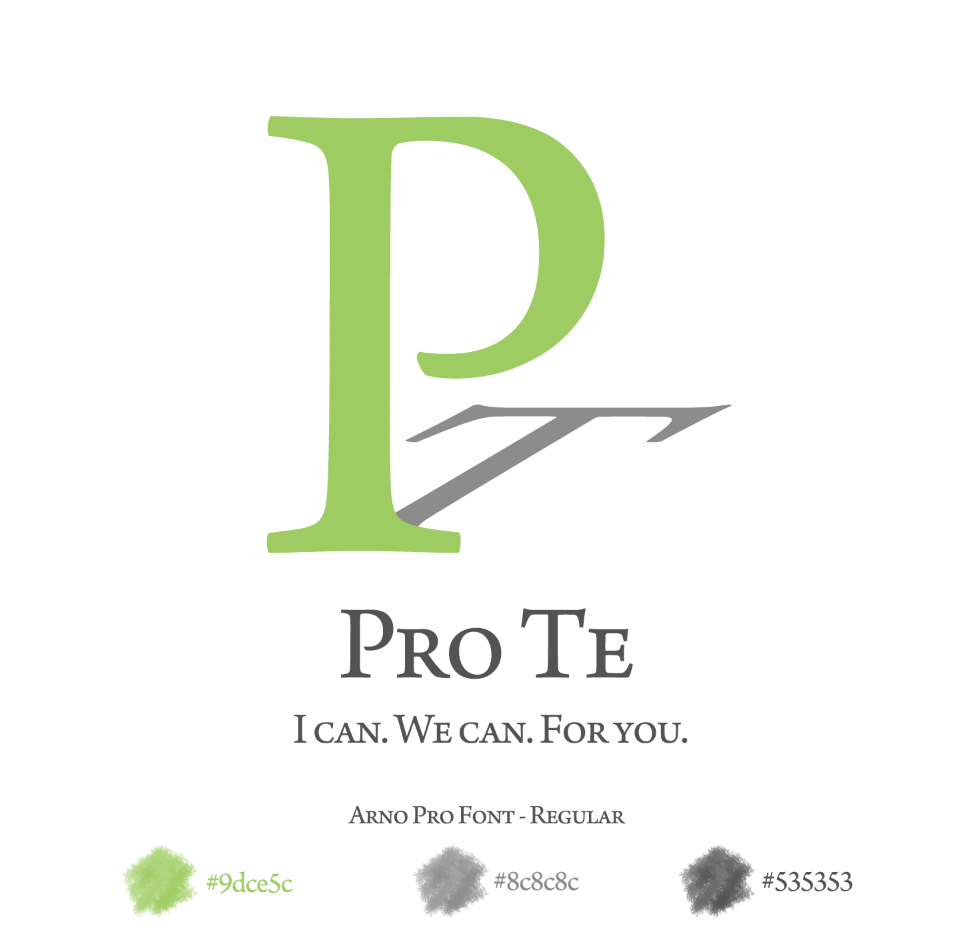 Pro Te is a new company looking to conduct business in shipping, hospitaliy, and other industries. In latin, the company name translates to “for you,” which is the priority of the founder – priority on the consumer.

The logo should encapsulate the commitment to the customer while being adaptable for the different industries they will be doing business in. The client stated interest in using the globe/depictions of Earth, hands, and the color green.

Research on the industry, competitors, and current trends

In reviewing the logos of multi-industry companies, emphasis is placed on the name of the company instead of specific imagery. Negative space and perspective drawing is also utilized to add an additional visual stimulation as logos appear to “jump off the page.”

2021 is ushering in more simplicity, inventive typography, fine lines, and balance, which can be read about more here.

Conceptualization of ideas and possible directions

Brainstorming activities included multiple internet searches on a variety of topics including the following:

Results were reviewed and some were used as inspiration for sketches. 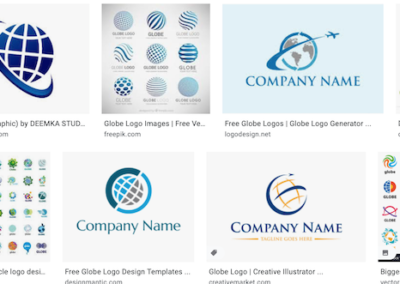 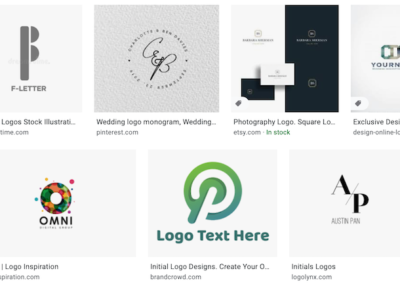 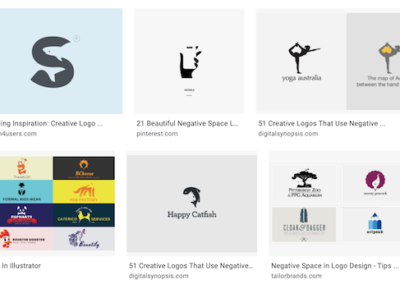 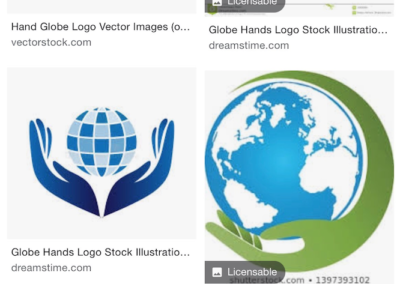 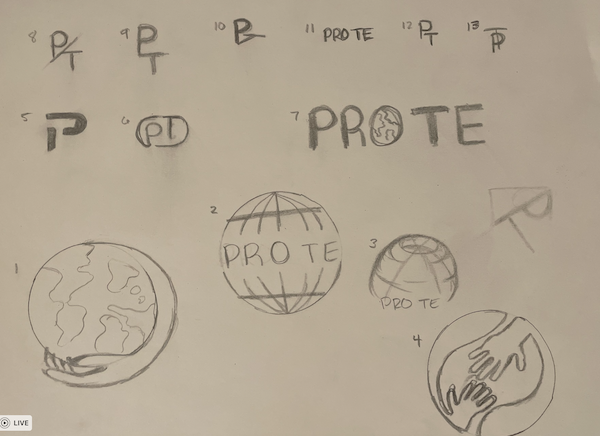 Development of logo concepts based on the brief and research

Using what was learned during the discovery phases, sketches were made. These designs were also digitized in lo-fidelity versions to show each one’s potential. The client particularly liked the hand swooping the globe, as found in the internet research, and drew a sketch as well with the different pillars of the company present. Additionally, a digital rendering was completed by the client showing the globe in the palm of a hand. 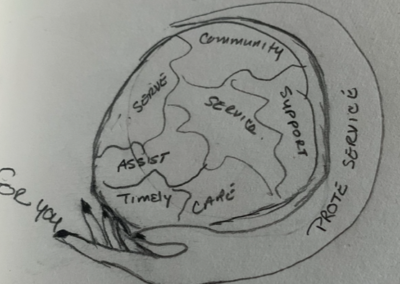 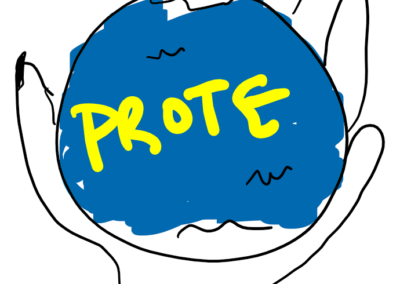 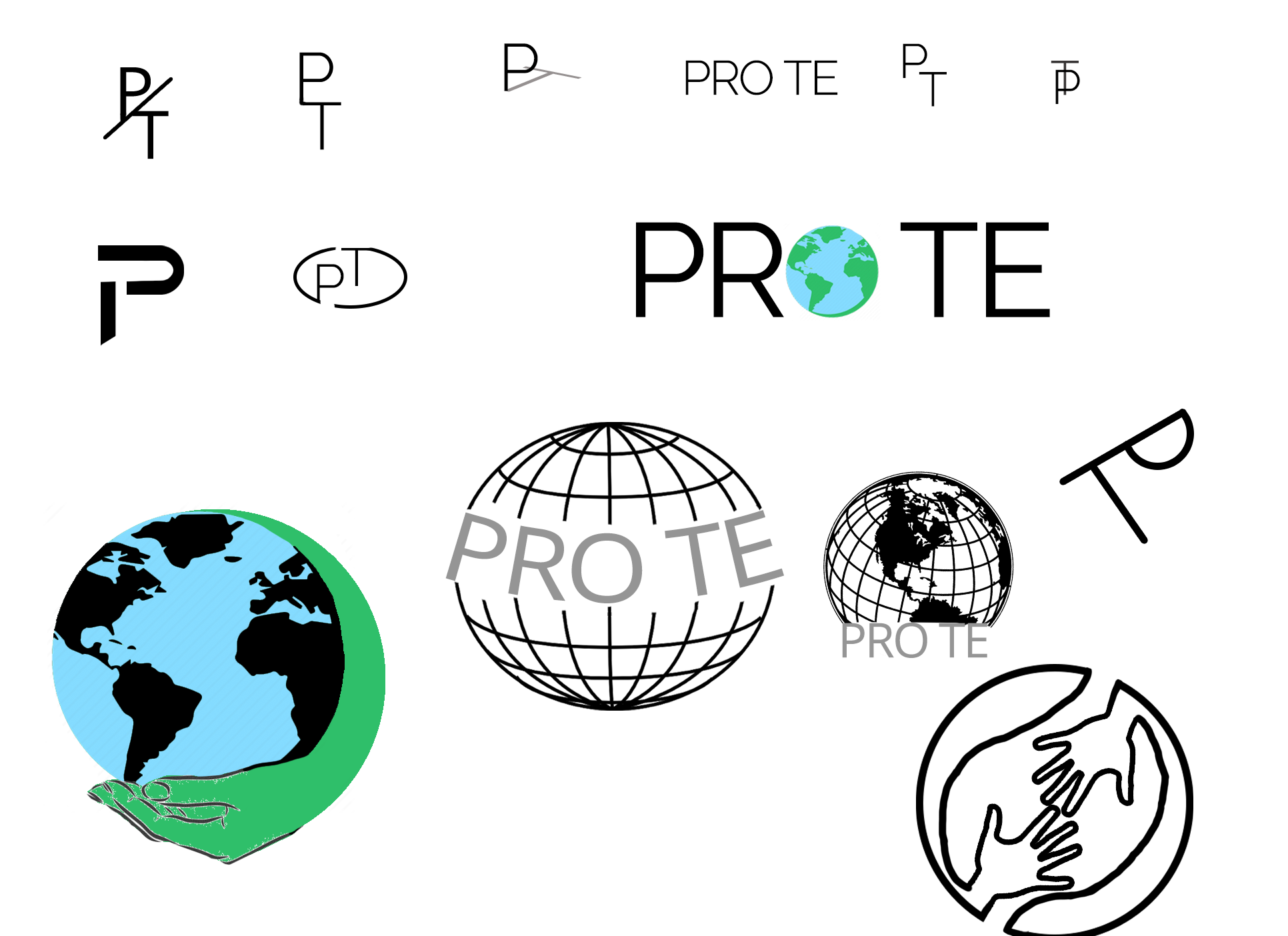 Selection of promising logo design concepts and execution of them digitally

After reviewing the sketches and digital renderings withthe client, logo 5, 7, and 10 were expanded upon. Fonts were also discussed, choosing to work with Latin inspired cursives and serifs.

The client showed interests in the negative space logo concept as well as lettering that invokes feminity to represent that the business is in fact woman-owned. Noting this, the earth chosen for the second logo pictured was a combination of these elements. The remaining text-only logos were researched with the key words “cursive” and “feminine,” except for Arno which was chosen specifically.

After review, the client decided to move forward with the logo below, which uses the letter T as a shadow of the letter P. The slogan was recently developed and was included in the next digital renderings as well as the colors green, purple, and blue. 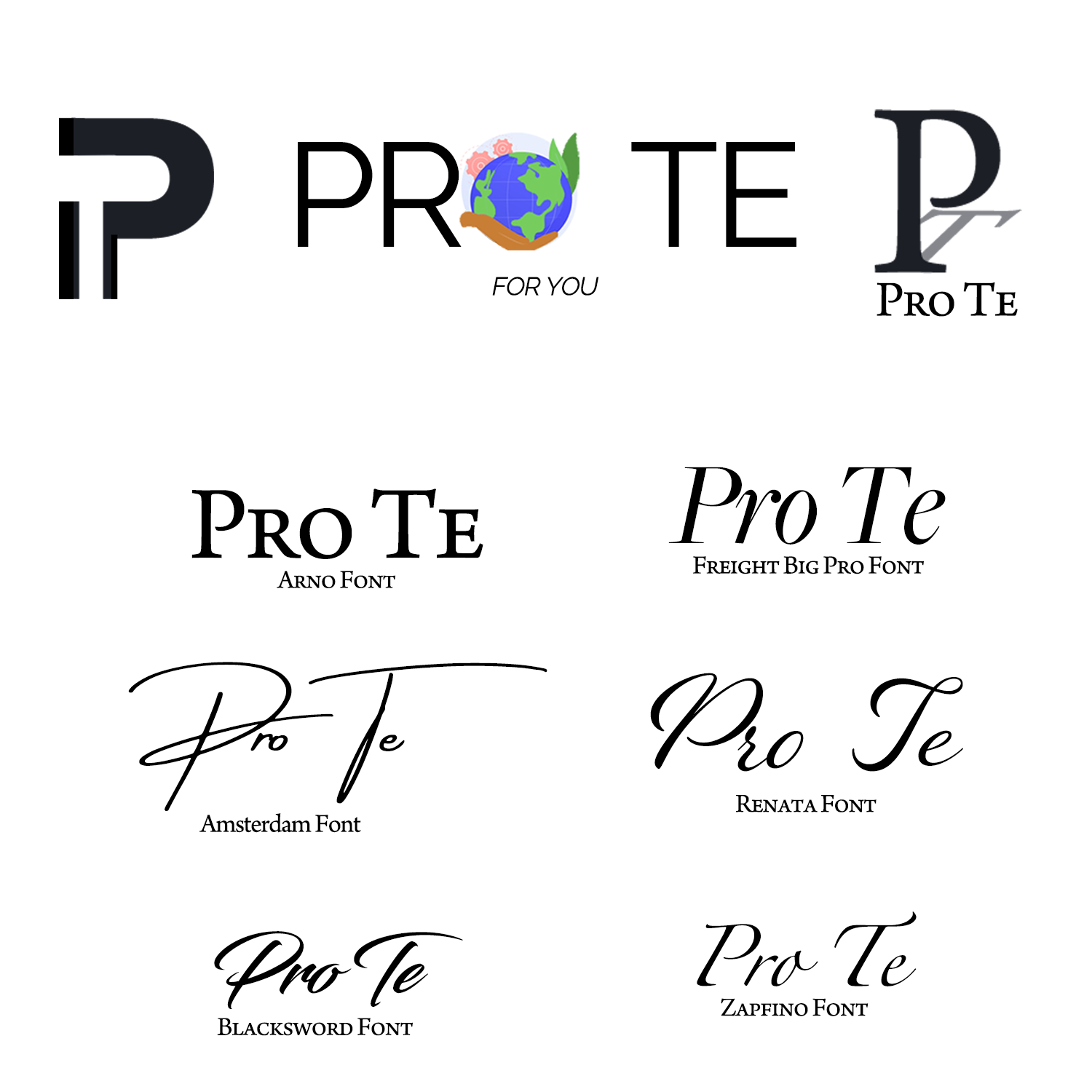 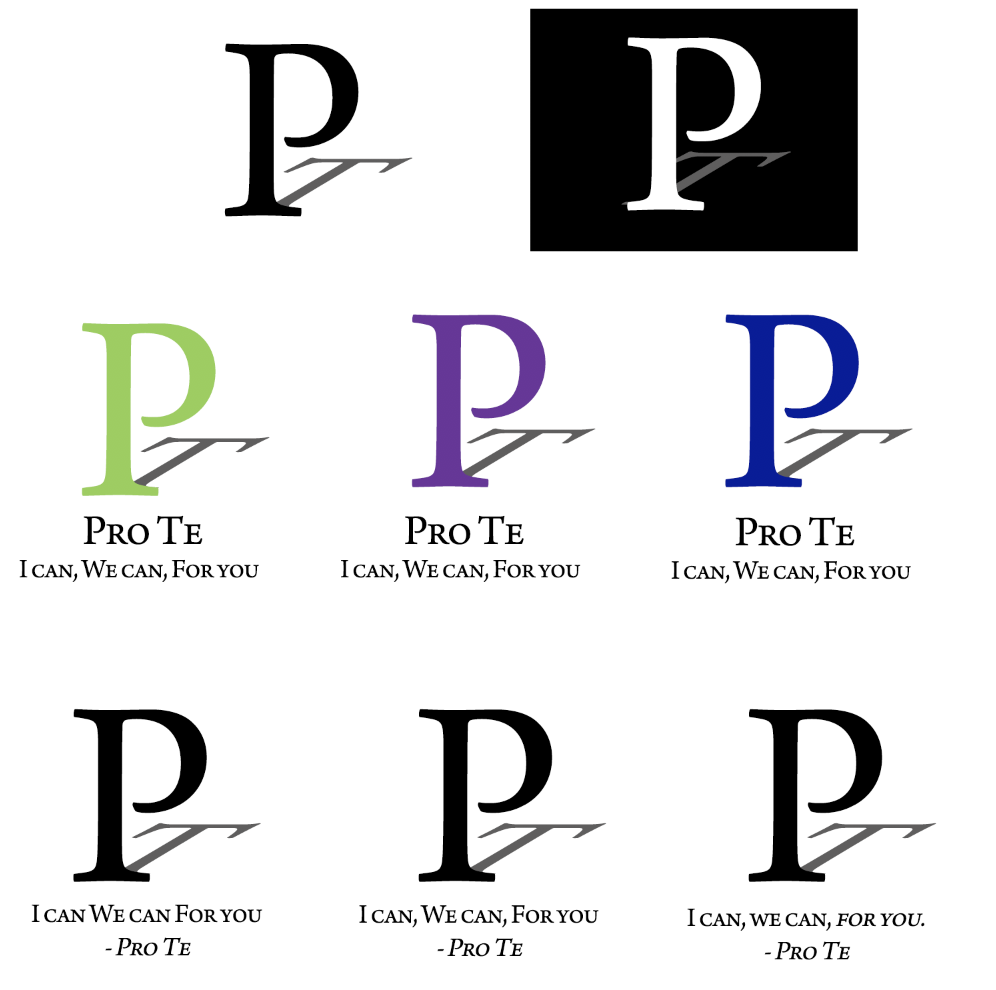 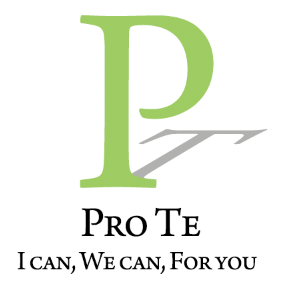 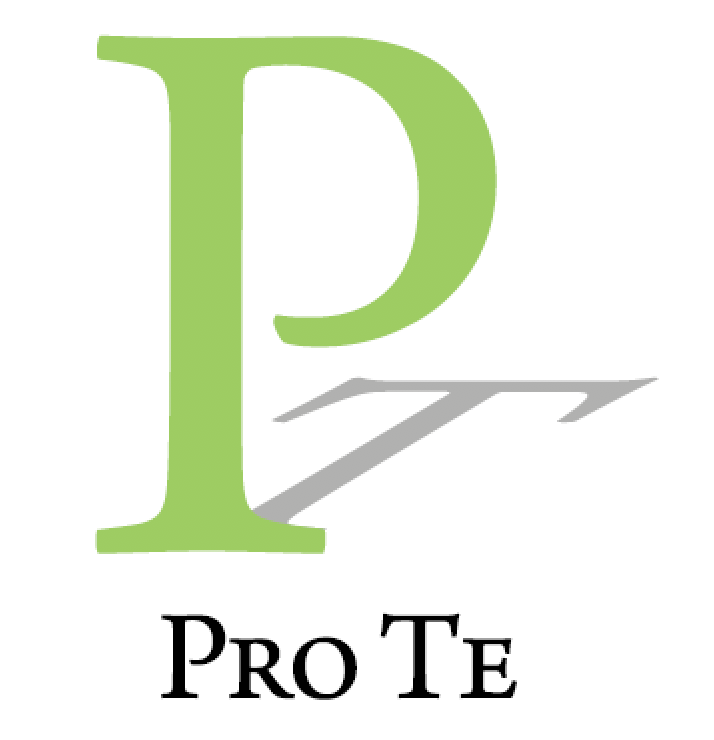 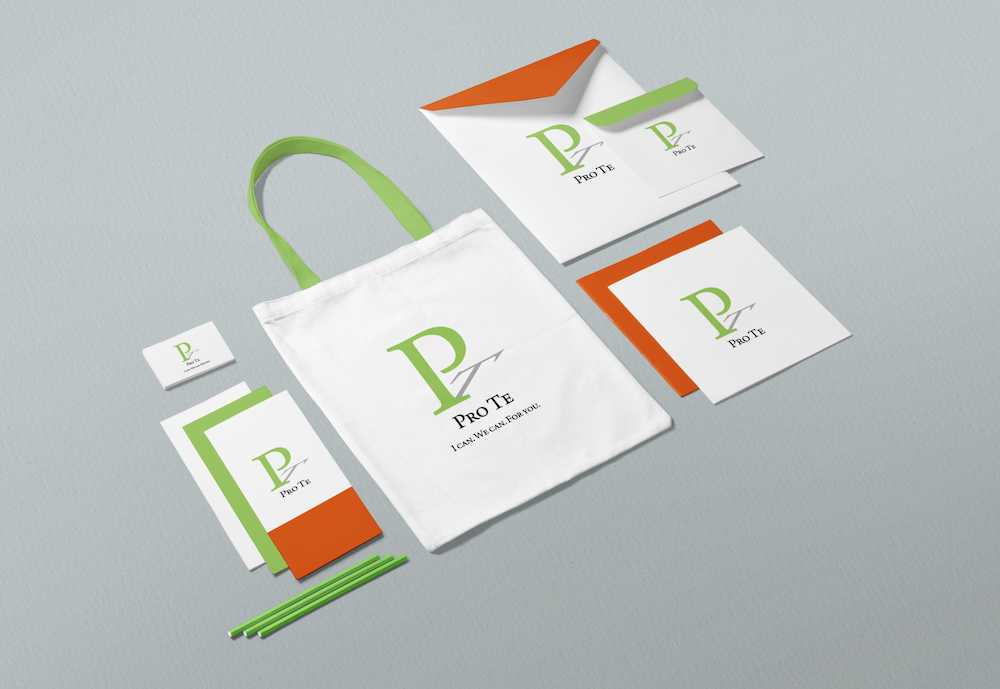 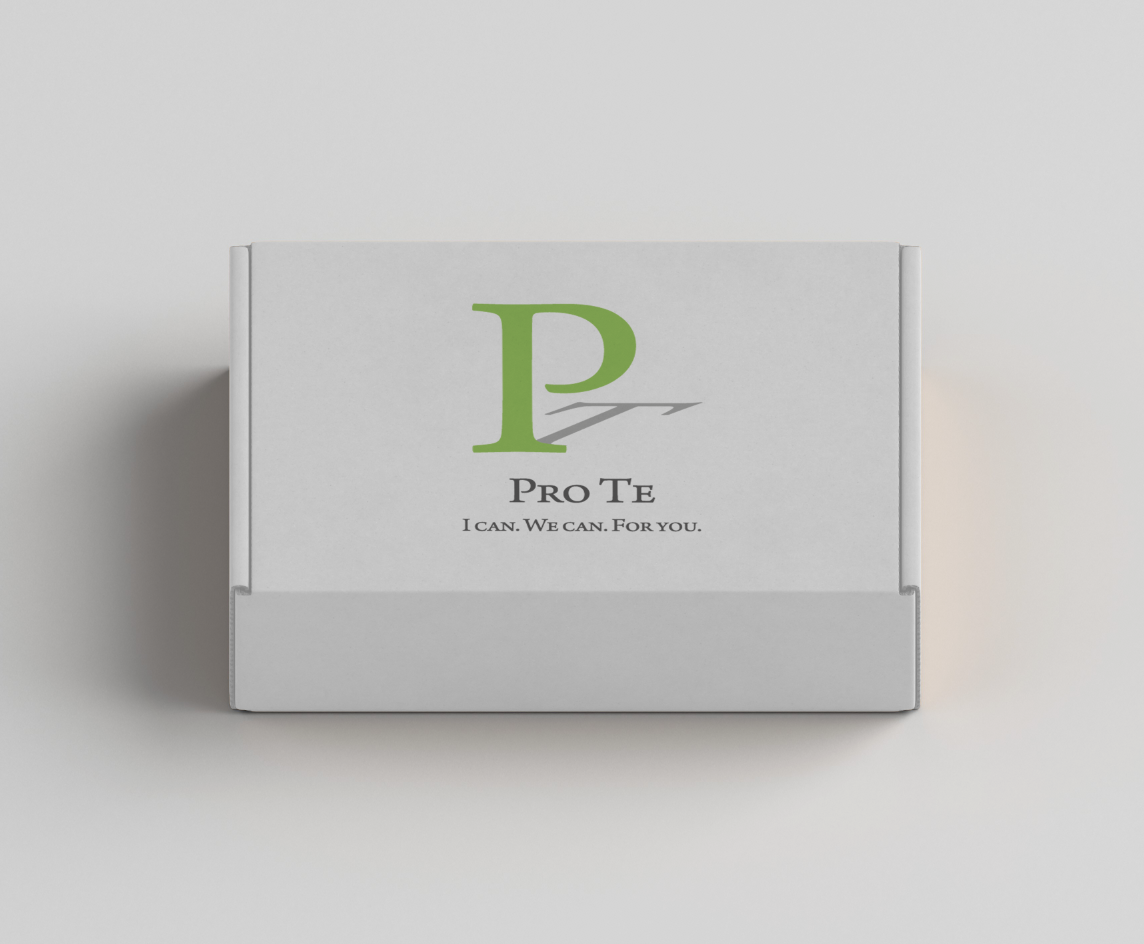 The final delivery of the logo artwork and identity guidelines.